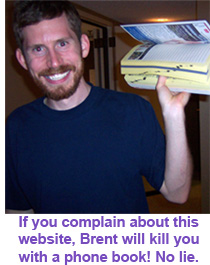 As you may have realized, HAAS has, among other things, a web page. And not only does it have a web page, you are looking at it right now! Now, while some anime clubs might be okay with their web page being just a crappy-looking online flier, we here at HAAS think we can do better than that. We have the people, we have the talent, and one day we might get off our lazy rear ends and do it.

… And well, we are working on that. How are we working on it? Well, by trying our darnedest to keep the front page updated with the latest HAAS news and whatnots. We also are on Facebook, which is all anyone ever truly reads online anyway.

But we decided that well, that wasnâ€™t enough, so we are planning to chronicle these events. Possibly inÂ pictorial, or even written form. Perhaps we’ll even update you on things ourÂ membersÂ are doing. That might be cool. We’ll just have to see!

Who are these people?

Alex Bahder (Current Webdude): He’s now the dude with the webs and the stuff with the things! So it may actually get updated! Since as of this editing inÂ JanuaryÂ of 2010 the last time someone did anything was in June of 2008… Well… We’ll see! But if anyone can do it, Alex can!

Bob the Milkman (Retired-Webmaster and Leet Skills #1) – Bob is was the head of this operation. He coded the previous site with his supah leet skills(tm) in php, XSSI, html, CSS, and others. Since he has abandoned us for the lovely city of Atlanta (our loss is Georgia’s gain), ACTUALLY he now lives in JAPAN THE BASTARD. Once his involvement with the site mostly consisted of keeping Amy from making the site esplode as her skillz are approximately four years out of date. Â Now just lives in Japan THEÂ BASTARD. Bob’s favorite anime series are FLCL and Read or Die, and he will kill anyone who thinks otherwise. 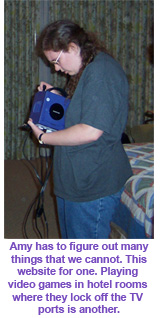 Amy “Roundelais” Newson – When Bob flew the coop, Basil looked around for other capable web-people. Seeing none, he saddled Amy with the responsibility of updating the site weekly, figuring that if he did so she’d at least change the dates on the events column once a month which is better than some of our previous web-lackeys had done. Somewhat addicted to the strike tag, Amy enjoys randomly rearranging some of the less-well-traveled portions of the site since those are the places where people are less likely to notice her mistakes. Her current plans include updates to the Fandomonium sections, which she has woefully neglected since the site upgraded to version 5.0. Of course… We abandoned that section long ago! So now Amy just sips Mai Thais on the beach.

Basil Berchekas III (Once-President of HAAS, Graphics Junkie) – Well, since he was the President… needless to say, he gets a plug anyway. Actually he’s the graphics junkie of the site and is was the main content editor for a lot of the sections. Now Amy just runs amok.

What did we use to make this wonderful web page?
â€¢ WordPress– For the main site we use WordPress. According to them it’s a “state-of-the-art publishing platform with a focus on aesthetics, web standards, and usability. WordPress is both free and priceless at the same time.” We like it pretty good!
â€¢ phpBB – Our forums use phpBB, which according to them is “a high powered, fully scalable, and highly customizable Open Source bulletin board package. phpBB has a user-friendly interface, simple and straightforward administration panel, and helpful FAQ. Based on the powerful PHP server language and your choice of MySQL, MS-SQL, PostgreSQL or Access/ODBC database servers, phpBB is the ideal free community solution for all web sites.”
Wordpress Theme by ThemeZee